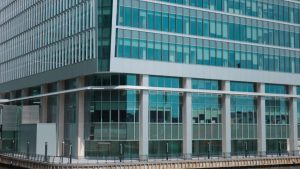 The leading group of glass manufacturing companies in Colombia is still going strong despite the generally uncertain state of the world economy. The combination of firms – encompassing Tecnoglass, Alutions, and Energia Solar-ES Windows – is actually experiencing growth. According to Energia’s president, José Manuel Daes, the group is prospering in Colombia’s current growth economy. It is attracting both domestic and international investors, and sales are growing both inside and outside the borders of Colombia.

One major factor helping the consortium grow is the approval of a long-delayed free trade agreement between the United States of America and Colombia. Held up in Washington for more than five years, the agreement is expected to bolster Colombian businesses in a number of different sectors. It also gives international companies a little more leeway in planning out their long-term investments and operations. According to Daes, the free trade agreement makes his group’s products fit for use under the “Buy American” initiative for US government construction and renovation projects.

Energia Solar-ES Windows is the oldest and largest of the companies in the window manufacturing group. It first brought products to the market in 1984. Tecnoglass followed a decade later, in 1994, and Alutions is the youngest member of the group, being founded in 2007. All three companies have worked together to turn Barranquilla, a major port city in the northern part of Colombia, into a strategic nexus for glass production. Now the group is expanding at a ferocious pace, boosting the local and national economy and making significant inroads into the United States, primarily in southern Florida.

The consortium develops and sells an enormous variety of different glass products, and transforming glass into specialized products for particularly demanding applications is one of the group’s greatest manufacturing strengths. They’re particularly adept at creating impact-resistant glass suitable for use in military and industrial applications.

Barranquilla has become a much more welcoming environment for commercial and industrial development in recent years. The group of class companies is far from the only organization that has expressed interest in the port. Besides extensive connections to air and sea transportation networks, Barranquilla also boasts a strong local workforce and an exceptionally low cost of living. Both of these factors make it extremely appealing to commercial organizations looking for a new base of operations.

Christian Daes, Tecnoglass’s president, attributes the surging popularity of the city to changes in the local government. The last few mayors have made it a priority to improve Barranquilla’s public services and infrastructure. The local roads have been expanded and upgraded, and the city’s port facilities have also been signficantly overhauled.

The city has received a tremendous boost from the free trade agreement. Barranquilla was a major commercial hub prior to Colombia’s recent political upheavals, and it looks like the city is now headed back to business. The glass group aims to make Barranquilla the world’s leading city for window production.

José Manuel Daes is proud of the manufacturing capabilities the group has brought to Barranquilla. The group has local facilities for tempering, laminating, and screen printing glass. The city can also extrude aluminum fittings – for window frames and entire facades – idependently.

Focus On The Group

The Daes brothers are no strangers to change. When the internal Colombian market for their wares collapsed in 1995, they sought overseas buyers for their products. This is what brought the companies to the North American market and the United States. It was initially a struggle to meet their new customers’ demands in terms of quality, accuracy, and timeliness. The group was disappointed repeatedly by the failures of some of their local suppliers and partners. In orde to make their products more competitive, the broethers instituted far-reaching programs for quality improvement and better logistical organization.

The Daes brothers’ hard work has paid off. Industry publications have noted that the Colombian group is now a major player in the North American window market. The group – and Energia Solar-ES Windows in particular – was named in the top six glass fabricators list compiled by Glass Magazine. Notably, it’s the only featured company that fabricates its products outside of North America.